You can read more in the church magazine.

Palm Sunday is always thought of as marking the start of the Easter Celebrations, and this was so here at the United Reformed Church in Sherwood. In our service we participated in the story as Jesus rode into Jerusalem on the donkey, we saw how the people of Masasi in Tanzania made our Palm Crosses (to increase their income which would be only £40 per year!), and we reflected on What a difference a Week made - as we wondered what made the crowd who had shouted "Hallelujah" and "Hosanna", change to "Crucify,Crucify"

On the Monday the children reflected on that same story as they helped in making the Easter garden and put up the cross in church ready for its transformation on Easter Sunday Morning. 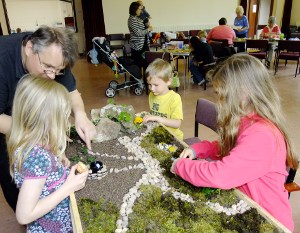 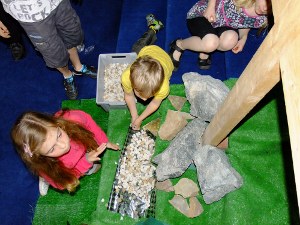 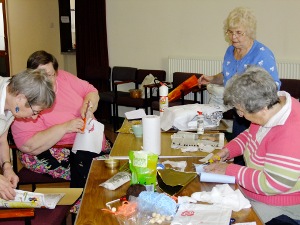 and we decorated biscuits - There is always some food somewhere! 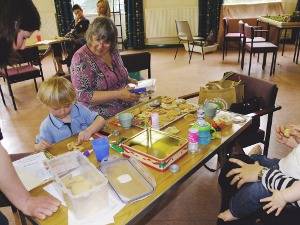 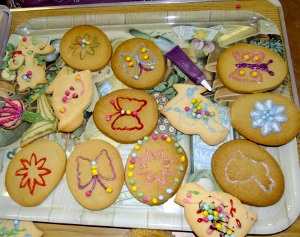 Maundy Thursday was marked by an Evening Meal, Communion and Tenebrae around a cross of candles in the Garden room (the back of the Church) . The meal was simple - soup, cheese and biscuits ; the communion followed on at the tables; The Tenebrae several readings from the Bible relating to Jesus Crucifixion, after each of which a candle was extinguished. One candle was left burning - this was extinguished on Good Friday after the walk of witness in the evening. 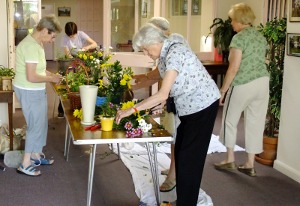 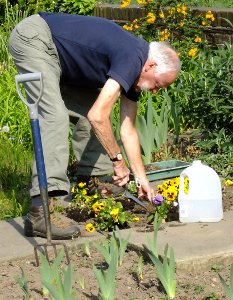 Easter Sunday began with an early morning spoken service which led onto breakfast in the Hall for the select group who came. . . 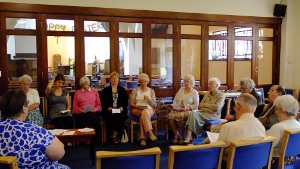 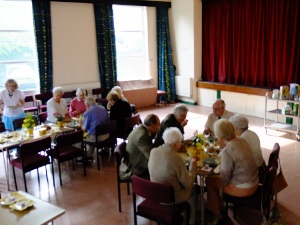 . . . and onto our Easter Communion Service, where the crafts made on Monday could be seen. 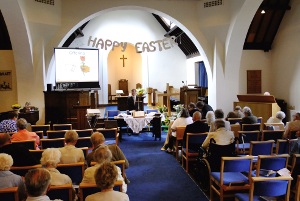 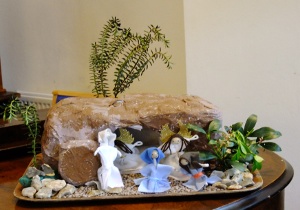 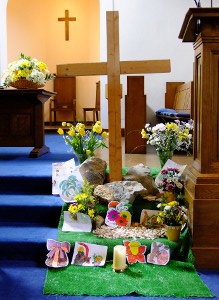 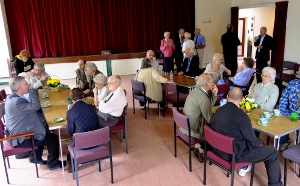 After worship - refreshment of another kind: