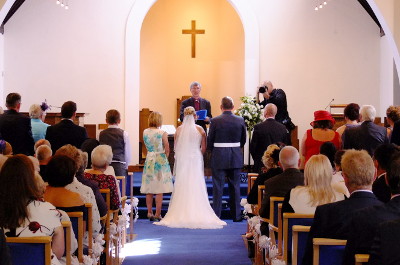 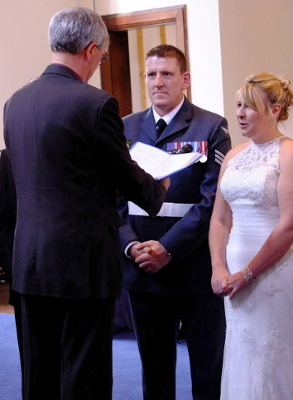 On Saturday 14th September 2013 David,
our minister, conducted the Wedding of Wendy Stoner Seed  to Jim Beagin.
This was the first wedding in the church for many years, and the first one David had conducted for four years!

The bride and bridesmaides arrived in a double decker bus whice also took almost everybody to the reception afterwards. 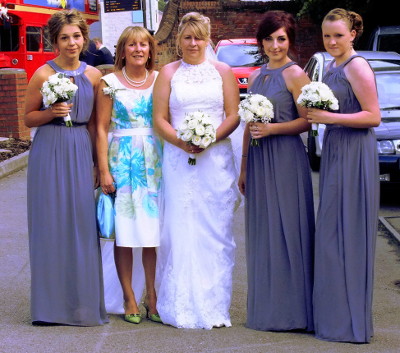 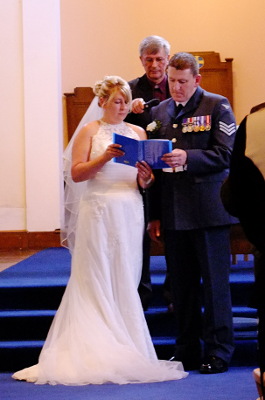 Jim and Wendy expected about 70 family and friends to attend, but they just kept on coming.
We opened the screen and set out more chairs until about 120 guests were seated.

The service made use of our ‘free church’ status in that not only did the bride and groom choose the Bible readings and the Hymns, but also had a hand in choosing almost every word that was said by David.

They also each wrote a statement about why they wanted to get married to each other in church. These were particularly moving and were read out as part of the service. 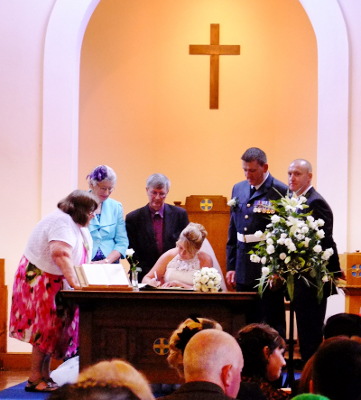 The Register was signed on the Communion Table at the front of church as an integral part of the service, while ‘Interlude’  (a music group from the Dales URC)  played the music. 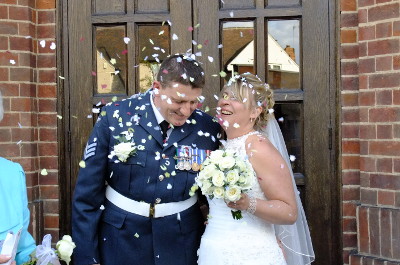 Revd David said "I love to watch the confetti being thrown – it is symbolic of the blessing everyone wants to shower onto the Bride and Groom. I also see the confetti lying in the church ground as a sign of life!"