Once again Churches Together in Sherwood and Carrington
were out in force at the Sherwood Festival on Woodborough Park. . . . 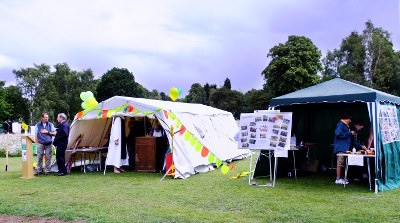 Gale force winds and torrential rain did not dampen our spirits!
OK, I am exaggerating a bit - we did get wet from time to time but the sun soon dried us out! 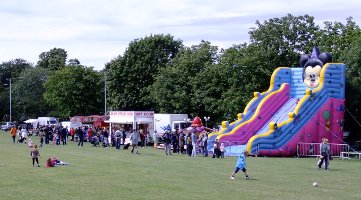 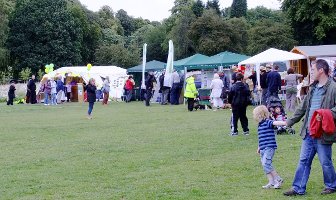 The main thrust of the tent was the Bible - celebrating the 400th anniversary of the King James Version by inviting people to write out a verse in calligraphy style 'just like they use to do in days gone by'! 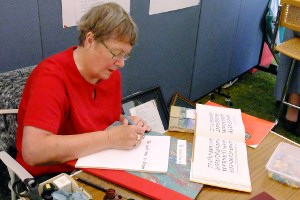 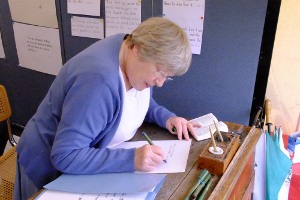 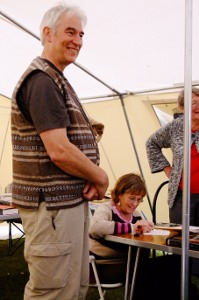 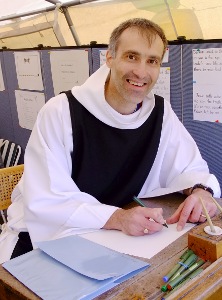 To get the little grey cells working
there were some work sheets and quizzes for children,
and the adults were invited to suggest
a 'commandment' for the 21st century (left)
(that's this century, now!)
or buy a book from the bookstall (run by OASIS) 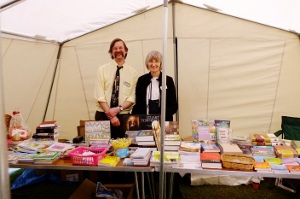 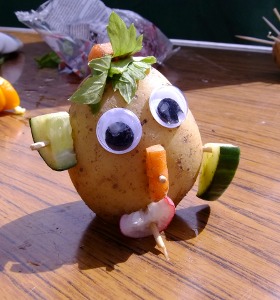 Next to the Bible Tent
Sherwood Methodist Church
ran a taster for their Messy Church. 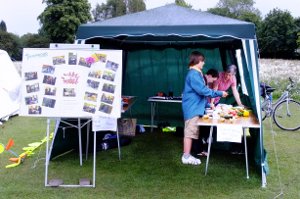